SISTER MARY ELIZABETH GINTLING: A LIFE FOR GOD is the inspiring story of a woman who decided at an early age that she would live for God alone. Raised in Baltimore, “Mae” Gintling knew when she was three years old that she wanted to be a nun. For twenty-one years, as Sr. Armel de la Providence of the Little Sisters of the Poor, she tended to the needs of the elderly poor.

At age 50, she left the order to establish The Joseph House, an essential and extensive lay ministry among the poor, and then became foundress of The Little Sisters of Jesus and Mary, which has been a vital congregation of prayer and service on Maryland’s Eastern Shore since 1978. 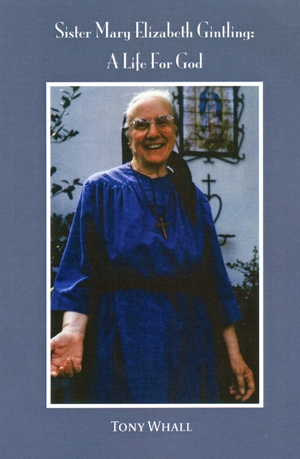 This book tells the stirring story of Sr. Mary Elizabeth’s struggles, crises and triumphs, and of the work for the poor she began and that is carried on with unceasing devotion more than ten years after her death by hundreds of her followers who learned from her to “cry the gospel with their lives.”

Illustrated with several black and white photographs. Published in 2015. All proceeds support the work of the Joseph House.

The book can be ordered from your local bookseller, Amazon, and Barnes & Noble.