Every organization and institution, whether it is civic, business, religious, or charitable, has its own style of operation. It’s not just what they do, but how they do it that sets them apart. This is true of the Joseph House, and our founder Sr. Mary Elizabeth looked to a particular person for inspiration: Charles de Foucauld, who also went by Br. Charles of Jesus.

Given that he was a hermit in the Sahara Desert more than 100 years ago, it’s not surprising that Charles is a mystery to many people. René Bazin, his first biographer, didn’t think Charles was important enough to warrant a book. He had to be convinced otherwise, and fortunately he was. Bazin’s Charles de Foucauld: Hermit and Explorer, published in 1923 in English, kept alive the memory of this fascinating and saintly figure. This passage from the book shows why the life of Charles found a home in the heart and mind of Sr. Mary Elizabeth:

“Charles was one who gave a fraternal welcome to the poorest and most unknown and undeserving of neighbors, who never let it be suspected that he was put out, and was willing to waste his time for talking with God upon unreliable nomads, corrupt slaves, beggars and bores.

“Every minute somebody would come and open the door, and Brother Charles appeared with his beautiful eyes full of serenity, his head bent forward a little, and his hand already held out. . . .

“He wrote : ‘I wish to accustom all the inhabitants, Christians, Muslims, Jews and idolaters, to look upon me as their brother, the universal brother. . . . They begin to call the house the Fraternity (the Khaua, in Arabic), and I am delighted.’

“This beautiful word suits our missionary and might describe him: he was truly the universal brother, not in words, but in deeds; he did not scatter political formulae, or promises which only add to the weight of wretchedness, but he forgot himself for the sake of his nearest neighbors, he spent beyond his means to feed them and to ransom them if ransomed they could be. His way was the silent way.”

Being available to the poor is at the heart of our ministry. Many people have good intentions for helping the poor, but far fewer have the inclination to “waste time” with them.

Charles did everything he could to address the material needs of the poor, but he gave them something else too: the fruit of his time spent in prayer and recollection. People have deep hungers that go beyond an empty stomach. Charles offered them the peace of Christ. The poor could see it in his face, they could know it by his actions and his unhurried sense of time, and in the way he made his home a home for everyone. He preached by example, letting charity be God’s ambassador.

If the Joseph House is to have a corporate culture, we hope it resembles this. We want people in need to receive your generosity with love and respect. Along with our many volunteers, we do our best to make sure our ministry welcomes everyone. Hearts need to be open as much as the front door.

On a typical day, Charles might have received 70 poor people, plus 15 sick, 50 children, and 20 frail and elderly. We can sympathize. One will never be lonely working with the less fortunate.

Valencia, 63, was not in a good mood when she came to the Joseph House Crisis Center. We could understand why. Pain radiated from her hip that was healing from a fracture. Anyone of us in a similar situation would have wanted to be home resting, but an eviction notice from her landlord required Val to get up and look for help. She was angry and distraught and it took a little time to find out what was going on. Val regained her composure and explained that she lives alone and her monthly income of $756 doesn’t always cover her basic expenses. We agreed to send $200 to her landlord, alleviating one of the burdens Val is carrying.

Dominic, in his fifties, recently had two serious surgeries as part of his treatment for liver cancer. His doctor has ordered him not to work for several months. In the meantime, Dominic is trying to get by on a temporary disability payment of $640 monthly. It is not enough for his rent and utilities. A firm job offer for the fall and the promise of better health give him hope. We sent $225 to Dominic’s landlord. The Joseph House depends on Divine Providence, but the poor know what that really means. 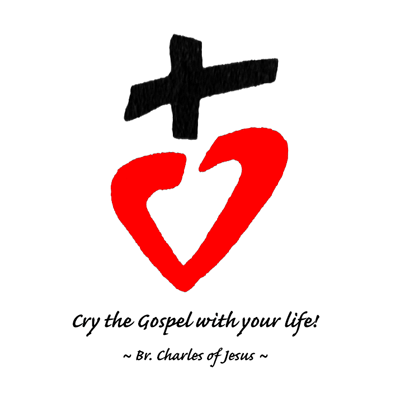 Amber, 44, is another cancer patient. She’s been hospitalized and has received several rounds of chemotherapy. She believes the worst is behind her. Amber missed a lot of work during her illness and also a rent payment. This is a new experience for her since she has been a stable renter at her place for well over a decade. Her wages make it nearly impossible for her to catch up. Amber asked us for help; she especially didn’t want her son to undergo the trial of being homeless. We sent $225 to her landlord.

Ingrid and her three children were homeless. A shelter had beds for them and Ingrid found a job in a chicken factory. Unfortunately, they had to leave the shelter before Ingrid received a paycheck. To break the cycle of homelessness, we paid $170 toward the security deposit for an apartment for Ingrid and her family.

Jerrod, 32, works for a landscaper. He and his wife must both work to support their family of four, soon to be five. Jerrod came to the Joseph House shortly before his wife was due to give birth. She had stopped working temporarily, but this interruption for a natural and beautiful part of family life was wreaking havoc on their budget. Jerrod had an eviction notice with him and no means of paying the back rent by himself. Wanting Jerrod and his wife to welcome their new baby in an atmosphere of peaceful security, we mailed a check for $225 to their landlord.

Thank you for supporting the Joseph House. You’re the answer to someone’s prayer! Working together, the little that each of us can do adds up to something great. You can make a donation here.

May God smile upon you and guard you as the apple of His eye. 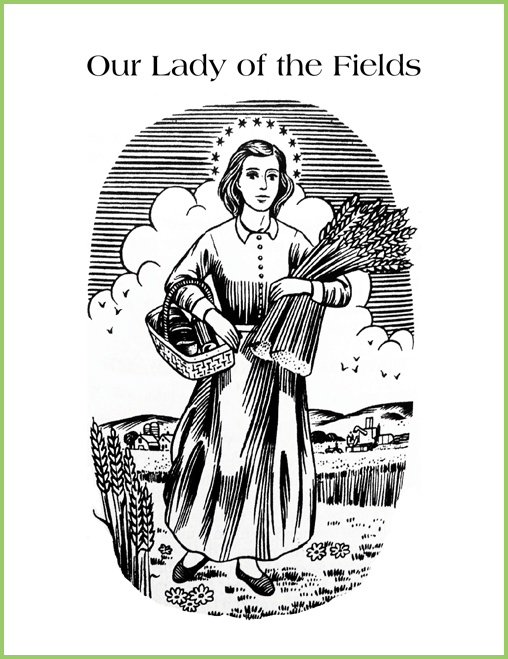 August 15, the feast of the Assumption of Mary, is also a time to honor the Blessed Mother under her title, Our Lady of the Fields.

From The Rural Life Prayerbook:
“When this great feast of the Mother of God is celebrated, nature is still arrayed in her summer glories, although the harvest has already begun. At this time, the Church blesses the finest grain, fruits, herbs, vegetables, and flowers.”

Psalm 65
Lord, you care for the earth, give it water,
you fill it with riches.
Your river in heaven brims over
to provide its grain.

And thus you provide for the earth;
you drench its furrows,
you level it, soften it with showers,
you bless its growth.

You crown the year with your goodness.
Abundance flows in your steps,
in the pastures of the wilderness it flows.

The hills are girded with joy,
the meadows covered with flocks,
the valleys are decked with wheat.
They shout for joy, yes, they sing.