You’ve heard the adage, “All the flowers of all of the tomorrows are in the seeds of today.”

This brings to mind the question: what seeds have I planted in the course of my day? Of my words and actions, what has taken root? Will something beautiful grow?

And who will do the harvesting? Have I tilled a field for my own benefit, or have I scattered widely for the sake of others? Some people walk through life like Johnny Appleseed, dropping little seeds of goodness—smiles and kind words and helpful acts—wherever they go. These can blossom in unexpected ways and make a big difference to people we don’t even know.

Our garden patch is what we make of it. If we’re not satisfied, we can always plant something new.

Pope Francis often speaks of the importance of starting a new process, those that result in people-building and not the possession of power: “What we need is to give priority to actions which generate new processes in society and engage other persons and groups who can develop them to the point where they bear fruit in significant historical events. Without anxiety, but with clear convictions and tenacity.” (The Joy of the Gospel)

One thing is clear from the lesson of the seed: our hope for a better tomorrow begins with what we do today.

At the Joseph House, your generosity and fidelity grow into marvelous things for the poor. We’re not just talking about the bills that get paid and the food that gets served, as vital as those things are. We mean the family life that gets supported and the human dignity that is affirmed and upheld. In the busy rooms of the Crisis Center, we see a preview of heaven where the less fortunate are honored guests. And you’re a part of all this.

Not that long ago Malia came to see us and she was feeling exhausted. She and her four children were living in a car. She said her children had to wash in a gas station bathroom before going to school. Malia and her family fled to our area from another state. They had to leave because Malia’s fiancé was physically abusive. She has a restraining order against him, but she was afraid he would ignore it and come after her.

Malia was down to her last $25 in cash when she arrived at our Crisis Center. She was able to transfer her subsidized housing voucher to Maryland, but there was going to be a wait until she and her kids could move into an apartment. We paid $500 so they could stay in a motel in the meantime. We also washed three bags of laundry and gave them plenty of food they could microwave in their motel room.

Beatrice and John were also living in a car, and their situation was becoming even more desperate. They were leasing the car and had missed two weekly payments. Beatrice said they had to keep the engine running at all times because if it stopped, the car dealership would use a remote device to keep it from starting up and then repossess the vehicle. Beatrice and John had been out of work for three weeks. They were lining up new positions, but without their car those job prospects would be lost. We wrote a check for the two missed lease payments ($261) and had it delivered to the dealership. 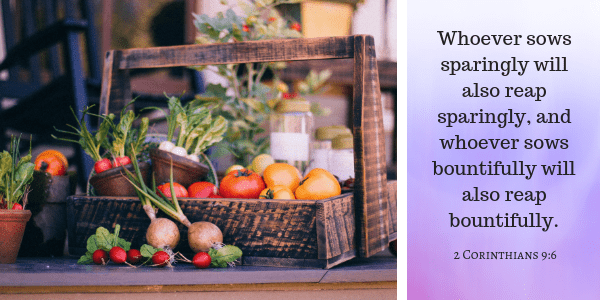 Following open-heart surgery, Gilbert, 58, was out of work for 12 weeks. He has returned to his job, but he was so far behind in his rent that his landlord had to give him an eviction notice. We paid $300 to keep Gilbert from becoming homeless.

Kaylee, 22, works in a chicken factory. Her daughter was born prematurely and has ongoing medical issues; sometimes she needs to be hospitalized. This causes Kaylee to miss work, and it doesn’t take much for her to fall short on a rent payment. To prevent Kaylee from being evicted, we sent $200 to the landlord.

Odelle’s smile was hiding a terrible tragedy: a few months ago her husband was shot and killed in their neighborhood. She feels unsafe where she is living and is haunted by the memories of what happened. Odelle is receiving a monthly benefit of $389. That is the only income she has for herself and her two young sons.

Odelle saw a glimmer of hope when she was approved for subsidized housing. She wants to use this as an opportunity to move to a safer neighborhood. The rules require that she still pay a security deposit, however. We contributed $200 so Odelle and her family can begin to rebuild their lives.

Thank you for your prayers and support!

Fifty-three years ago, on October 15, 1965, Sr. Mary Elizabeth started a new process when she opened the Joseph House. The tiny seed she planted was her love for the poor, and she cared for it with her faith in God. Over the years the Joseph House has grown and developed, even after being transplanted from Baltimore to the Eastern Shore. It has always followed the plan of “letting the work build itself through the needs that were expressed by the people in the area.”

Today, the Joseph House Crisis Center—which offers Financial Assistance for emergencies, a Food Pantry, Soup Kitchen, and Hospitality Room for the Homeless—and the Joseph House Workshop—which provides comprehensive services 24/7 to help homeless men get back on their feet—still depend on private support to stay in operation. That’s a tall order, but we know the goodness and charity of people like you are a match for it. May God bless you in abundance.

Relying on volunteers was always part of our founder’s plan. Sr. Mary Elizabeth wanted to keep operating costs low so more of your donations could go directly to the poor. She also understood the value of getting people personally involved. She once said:

Whenever I get the least bit discouraged about the state of the world I only have to think of our volunteers and I am filled with hope. Joseph House could not exist without our volunteers. It’s that simple. The entire Joseph House organization runs almost exclusively on volunteers. That’s the way it’s always been. People need the opportunity to give back to the community and to help their fellow man.

The vision and example of Sr. Mary Elizabeth are the treasures of the Joseph House. We remember her and pray for her every day. She departed this earthly life 14 years ago this month, on October 27, 2004.

A PRAYER FOR VOLUNTEERS

Holy Scripture says that if my brothers and sisters have no clothes and no food, and I say to them, “Be blessed! Stay warm and well fed,” but I do nothing to meet their needs, what good is that?

Do not let my heart grow so cold that I turn to empty words. Do not let me keep saying, “Someone else will help.” Let me be the one who steps in.

I offer You everything You have given me: my abilities, my talents, and my capacity to love. Direct me to where I can be of service to someone who needs what I can offer.

With a cheerful smile and a compassionate heart, let me be the one who lends a hand. Right now someone is praying for help. Include me in the answer You give.